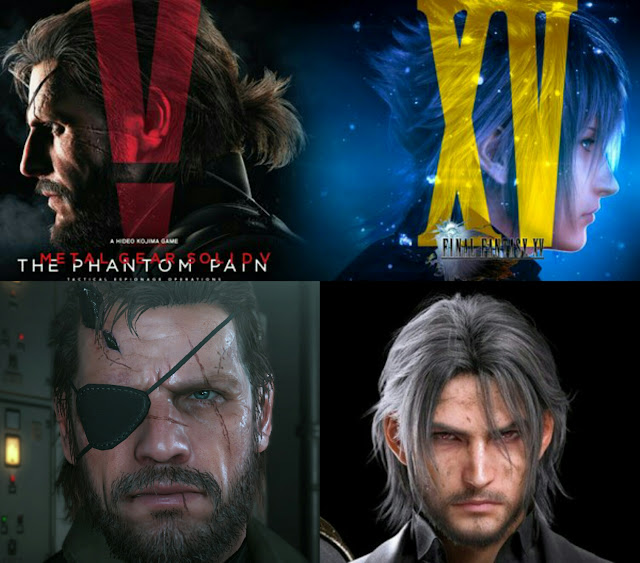 [COLLAPSE]"Gentianas role in the story."
Gentiana is Shiva in human disguise. dogs are Shiva servants.

"who dies? who is final boss?"
Luna and the dad die, final boss is Ardyn, the red head guy
Luna dies
>King dies
Where the f*** is the happy ending then?
Noctis will get to see loli ghost Luna so it's okay. Also his bros are fine.

"can u romance aranea pls answer this"
You can't romance anybody

"What are all the summons, and how do they look?"
Titan, ramuh, carbuncle, leviathan, shiva, ifrit, bahamut.

"is pic related still in the game
and are any of the outfits from Versus XIII in the game?"
He's not. If he is, it's literally some unrecognizable unamed side role.
Also I can't promise they're in the game because the costumes are kind of the last thing on the devs mind right now, but it is up for consideration

"What recent changes have they made?"
Nothing they've changed recently would be interesting. They've got a lot of Luna/Noctis flashbacks they made to be thrown around in the last act of the game and they don't know what to do with them really

"Will Noctis become a King?
I guess you could say he becomes King, but doesn't have much to rule over by the end

"Can you explore Lucis and the other cities? how big are the cities"
You only go into Lucis for the final boss fight, so don't get excited about it. The other cities are JRPG town sized, nothing special. Most of the map is empty land.

"Does the game have a lot of towns and cities?"
No

"Give a basic plot outline. The script may not be finalised but you must have some idea."
There's a full script as of nov, its just changing because it's a mess.
>opens 10 years in the future fighting ifrit
>real game starts, being sent off for wedding
>on the way hear city got invaded
>set out to collect weapons of dead kings to be powerful and take back crystal
>also have to catch up to luna who's waking up summons
>when you get to luna red haired guy kills her
>everybody is sad for a while
>red hair guy reveals he's 2000 years old
>Noctis has to sleep for 10 years to gather magic into kings ring to fight him
>Noctis gets out and the group fights him in main city
>Ifrit first, then normal red head, then monster version of him
>Noctis wins
that's it.

"So whats the design like for 10 years older Noctis?"
it's not modeled yet, when you play it now it's just young him. I haven't seen concept art but ghost Regis notes that he looks older, so he probably has new defining features.

"How do summon fights go? Does Noctis really push back Titan with just his sword? Why are the weapons of past Lucis Kings spread throughout the world instead of in Lucis?"
They're like normal boss fights but large scale, and for stuff like titan you have to do mini dungeons around him while he's whailing at you to get to him. You can parry them like any other boss. The weapons are spread out because they're buried in sacred places related to the crystal

"tell me about attires, can you change the clothes?
I know about the suit, anything else?"
You actually can change the party members clothes, but it's pointless, you aren't getting anything that isn't black

"1.Why did they change Regis' design
2.Why did Nomura leave FFXV
3.How long is the game (playtime) and is the map really as big as they say?"
1.Because they had to rewrite a lot of story to cut it down from a trilogy to one game and the dad character got changed a lot. Also to make him look more like the Kingsglave design
2.Because of said Nomura trilogy hopes, and because Square would rather have him on KH3 and FF7 remake. With Nomura it would have been good, but would have taken way more time just to get part 1 out, like an extra 2 years
3.~40 hours right now, but they're trying to bump it to about 50 by strongly encouraging more fetch quests. The map isn't done in a playable form, it's segmented levels right now, some of which work and some don't

"Any dlc they are preparing?
Any info you have on kh3 and ff7r? release date or something?"
Yeah, its coming, but they don't know what yet except one about Gladio since there's almost nothing about him in game. They're more worried about main game now.
No news on those, not a lot of communication about them going on

"1.Is the combat still s***, or are they actually fixing it?
2.why did they change the battle system from E3 2013?"
1.Its virtually identical to how it is when you fight as older Noctis in the plat demo. They changed team specials to L1 from the old demo. If you liked plat demo its fine. If you didn't it's s*** for good.
2.E3 2013 was a proof of concept based on Noruma's version of what the game would have been and nothing more. Tabata was already changing it and the characters/story while it was being made to show at e3.

"Plase tell me they fixed the phantom swords, it's impossible to control that s***. Please say they did."
the swords are a little less like in the first demo now and a little more like when you went final form in KH2 if that makes you feel better. But don't get too excited, its like half way between both

">>Tabata was already changing it and the characters/story while it was being made to show at e3
But Nomura was still the director back then, Tabata said he became the director in December of 2013."
that's not how things like that work. You don't just jarringly shift production like that, its gradual. Nomura did direct the trailer they showed at e3 in 2013

"Is FFXVI being worked on right now? and by who?"
FFXVI is only going to happen if XV does well (this sounds suspect to me but S-E so...)

"I don't believe you. Even if XV only sells 3 millions, XVI would happen, even with a much smaller scale. They're probably working on XVI as we speak."
I can promise you they aren't. Everything is going into XV main team, Other teams are working on 7 remake and KH3. There's nobody sitting around somewhere doing XVI in secret

"Stella was replaced with Luna and Regis is still in the game, his design changing means nothing towards his role. Prompto design also changed idiot. Kill yourself "
You're treating Luna and Stella like they're comparable. They aren't. As I've said before, a lot of the shift from V13 to 15 was about maintaining an image to keep fans and hype from V13 going, so they needed a blonde chick to replace Stella, and that's Luna. Luna isn't a slightly rewritten Stella, its a completely different character. The point is, things have significantly changed in the game since then. And they're still changing now, 4 months before release

"Do you know anything about the Japanese voice actor of Iedolas? was he changed? i heard he died not long ago."
I don't know much, but they're rerecording a lot of dialogue for the game anyway because it's still in rewrites, especially for the 2nd half. It's in about the same state as bioshock infinite where they showed trailers with the same scenes as the release game, but the release game had 100% different dialogue over a different plot

"How could the game be so unfinished, yet still being worked on, a few months from release? "
It's not normal. The lock for english voice recording is supposed to be in 3 weeks, but they keep re-writing lines. Everybody is nervous as f*** about Sept30 release. Expect big day 1 patch

"Will it have PS4K compatible features?"
Nobody is touching it right now. There's only like 2 hours "playable" on ps4 and xbox version barely turns on. Nobody is thinking about PS4k, just porting and optimizing for PS4. Xbox build is like 3 weeks behind

"You're lying. They already confirmed in December last year that the game is playable from start to finish and all the content was done, and all that all they have left is polishing and debugging."
It was finished and you could play it start to finish on the high end PCs they made it on, but the PS4 port is a mess, and they started design and re-writes after the normal wrap because it's going over like s*** with people, like pick up shots to fix a movie.

">>Nobody is touching it right now. There's only like 2 hours "playable" on ps4 and xbox version barely turns on. Nobody is thinking about PS4k, just porting and optimizing for PS4. Xbox build is like 3 weeks behind.
Oh come on. It would have been delayed to December or early 2017 if that were the case. Come up with more believable bulls***."
I know what it sounds like, but its true

">>There's only like 2 hours "playable" on ps4
But Episode Duscae 2.0 ran fine on PS4. Is that the 2 hours you mean?"
That was given months and months and months of dedicaded care and a 2.0 patch. And believe it or not that part of the game does not actually run as well as the demo right now. Really only the opening 2 hours "run"

number of cities
lestallum, altissia, orielle, tenebrae, 4 cities, there are small settlements all over the world but they are not that big, lucis is not explorable. the niflheim capitol is more of a dungeon

summons
titan, ramuh, shiva, leviathan, ifrit and diabolos/bahamut/dragon thing are playable. carbuncle is optional if you download a dlc. odin and knights of the round appear in the game but they are not obtainable

rewritten script
they weren't confident enough on ardyn, people who watched kingsglaive and played some of the game thought he was too generic and not characteristic. they added more backstory on young luna and young noctis, made explanations of gods, heaven creatures and stuff more simple to follow
they got rid of some scenes shown in recent trailers too, va's were still re-recording lines in june, they have finished now

ps4 neo version
the sole focus is on the ps4 and xbone version. there will be a neo mode but it won't offer significant upgrades

older character designs
the only characters getting older designs are noctis, prompto, gladio, ignis, iris and ravus, ardyn keeps his old one

the villains
i liked the first version of ardyn, felt it was one of the best ff villains, now they kind of made him spill too many bullshit, if you played the crisis core game then that's kinda what you're getting, but toned down. ravus is one of the most insufferable characters i've ever encountered in a ff game. he basically spends the game bitching about her mother, her homeland, her sister and stuff, he won't shut up.
iedolas, versatile, loki and glauca are barely in the game. aranea feels more like a rival than a villain
tl;dr: ardyn was better before they rewrote they script imo, ravus is the worst character in the game, the rest are barely in it

outfits
everyone gets an alternate casual outfit, and a jacket off version. gladio gets a shirtless outfit. noctis gets a gym outfit. you can use the old outfits in new game +

gentiana
she is shiva, she is luna's servant, after ardyn dispatches luna, he controls her

number of cg scenes
one at the beginning of the game, another one before the leviathan bosfight, another when luna dies, one right after the timeskip and then one after you kill the final boss [/COLLAPSE] 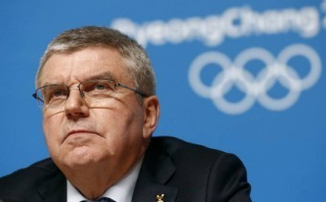 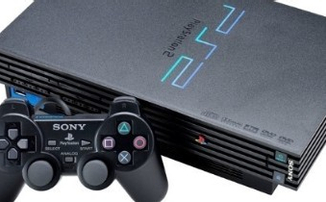 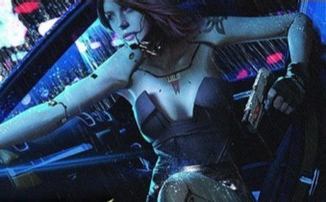 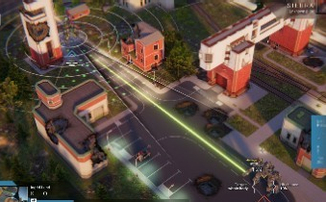 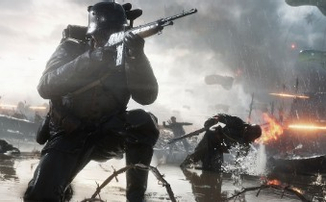