Vehicle related changes
> Tweaked the F35 handling to more closely resemble that of the SU35 (see above).
> Jet & helicopter ECM Jammer should now deflect missiles more reliably when it is active.
> Fixed an issue where vehicles wouldn’t spawn if their intended space was occupied by a deployable gadget. The vehicle will now spawn as intended and the gadget will be destroyed in the process.
> Fixed AA missiles not doing damage to vehicles moving at very high speeds.
> Reduced the direct damage from unguided Javelins to require better side hits for a 1 hit disable. This was previously too forgiving and easy to accomplish.
> Removed the direct damage from aircraft launched guided missiles. Players will need to have laser designated targets for full effectiveness.
> Adjusted the helicopter rockets to their original prepatch damage value against armored vehicles. This is a reduction; a revert of a knock on effect that was introduced accidentally.
> Fixed the US Tank Guided Shell doing the reverse damage values when guided and unguided.
> Adjusted the M224 mortar damage against vehicles. Some tweaks and adjustments in a previous update accidentally increased its effectiveness greater than intended.
> Increased the range on the AA guns so they can reach vehicles hovering at the maximum height in select maps.
> Replaced the VDV buggy on Gulf of Oman (Back to Karkand) with the DPV buggy for both teams at the City flag.
> Fixed a bug where some vehicle unlocks were still enabled after the player left the vehicle.

Soldier and gadget related changes
> Reduced the inaccuracy added when in suppression. There is still an enhanced suppression compared to the initial state in the game, but the effect is now less than it was in the last patch (see above).
> Reduced input lag for gamepads/joysticks on all platforms. Aiming as a soldier when using a gamepad or joystick should now be more responsive.
> Tweaked the deploy times on gadgets to be faster to deploy in high stress combat situations.
> Greatly improved the responsiveness when deploying a bipod when going prone and shortly after moving. The bipod deploy should no longer abort if the player deploys the bipod immediately after stopping.
> Fixed bug where you couldn’t deploy the mortar anywhere on Grand Bazaar.
> When changing the accessories of a weapon in the Customize screen, the weapon previously selected in the Deploy screen will now automatically be selected when entering the Accessories screen.
> Increased the effectiveness of the Aim Assist at close range. Testing in Close Quarters proved our current assist to be inadequate in tight quarters. This is a global change, and will improve the effectiveness of Aim Assist for all modes and maps. Aim Assist over distance is still significantly less effective. This is console only, as Aim Assist is not present on PC. If you prefer, you can also turn it off on console.
> Players will now spawn on the Radio Beacon looking in the same direction the Beacon is facing. The Beacon always faces in the direction the player is facing when it is planted. Previously the Beacon’s direction had no impact on the player’s spawn direction.
> The Spawn Preview camera on the Spawn Beacon has been updated to better reflect the direction the player will be looking when he spawns.
> 40mm smoke now stays longer again.
> Tweaked some tracers on sniper rounds to have better visibility at range (the tracers are smaller).
> Tweaked the flashlight so it is less blinding at the edge of the screen.
> Fixed bug where you couldn’t pick up your deployed gadgets after being revived.

Weapons related changes
> Fixed a bug where Heavy Barrels and Underslung Shotguns could be over powered. (This is the so called M26 dart issue, see above)
> All semi-automatic sniper rifles now properly have shorter range when using a suppressor.
> The L96 now properly shoots where the iron sights are aimed. The position was previously offset.
> The SKS now has the proper damage values when using a suppressor. The damage was previously too low at close range.
> Slightly reduced the suppression effect of SKS rounds.
> Decreased the long range damage of the SKS to highlight its close to medium range role.
> Slightly decreased the foregrip aimed accuracy penalty on the M4A1 to bring it in line with other guns.
> Slightly increased the foregrip aimed accuracy penalty on the SCAR-H to bring it in line with other guns.
> Reduced some of the vertical recoil and zoomed accuracy penalties added to the FAMAS in the previous update.
> F2000 foregrip accuracy penalty reduced and recoil reduction bonus increased.
> AEK971 foregrip recoil reduction bonus increased.
> SG553 foregrip recoil reduction bonus increased.
> FAMAS foregrip recoil reduction bonus increased.
> Fixed the M416’s M26 with Flechettes not having a name in the kill log.
> Fixed so all clip based LMGs have Extended Mags as an available unlock.
> All semi-automatic shotguns now fire at 220rpm. There was previously simply a small difference between them, whereas now they have different pellet counts instead of rates of fire.
> Improved the recoil and accuracy of the M26 to match the 870.
> Reduced the impact suppression has on shotguns. Shotguns are still affected by Suppression but it should no longer significantly impact their accuracy from the hip as it previously did.
> The 870’s pump speed has been increased slightly from 0.55 seconds to 0.48 seconds. The empty reload time for the 870 has also been reduced slightly.
> Improved the accuracy of aimed shotguns when on the move.
> The Saiga’s recoil has been reduced.
> The M1014 now fires 10 projectiles. The other semi auto shotguns have 9 pellets, and since the M1014 has a lower mag size and a slower reload it now fires 10 pellets to give it some edge.
> The USAS-12 now fires 7 projectiles.
> The MK3A1 now fires 8 projectiles.
> Fixed so the weapon’s fire mode is saved between spawns.

Miscellaneous changes
> Added colorblind option for consoles (see above).
> Added colorblind icon for squad leader (all formats).
> Added the option for console server admins to show a symbol in the server browser signifying custom rules are in effect (see above).
> Fixed an issue where footsteps couldn’t be heard behind you.
> Fixed so that the arming of an M-COM station will not be cancelled if you look at a dropped weapon.
> Fixed exploit where you could teleport to the AA gun on carriers by firing an EOD bot at its door.
> Fixed co-op ammo HUD not showing on first enter.
> Fixed so you get prompted if you really want to switch team when pressing the Switch team button.
> Fixed so that Assignments are being correctly sorted on the My Soldier\\Assignments screen.
> Fixed issue with commorose not working on soldiers in vehicles (PC).
> Added blinking capture point icons in the 3D HUD, and added blinking neutral icons in objectives bar.
> Composed a more informative error message for when a console player attempts to rent a server in a location where there are currently no servers available.
> Fix for dog tag icons in the My Soldier/Assignments screen appearing slightly stretched.
> Fixed some tracers appearing behind the soldier or vehicle that fired them.
> Potential random audio crash fix.
(c) Goha.ru
Другие публикации по теме 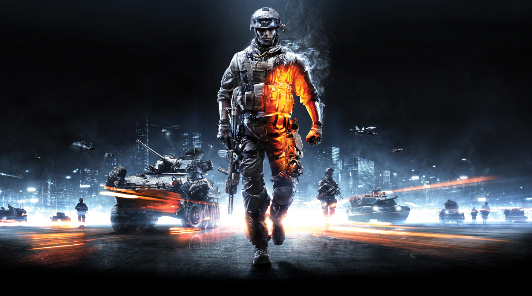 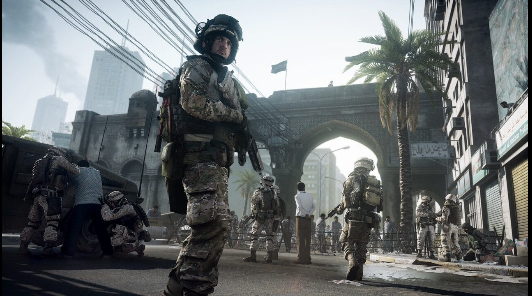 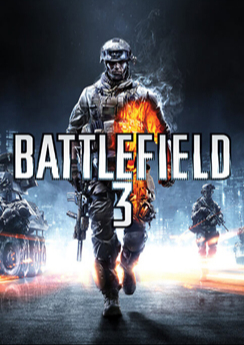