* You should no longer rubberband after dying and resurrecting at the Kingsmouth Airport anima well.

* Female character now have a get-up animation when knocked-down.

* Audio/sound will no longer intermittently disappear while playing.

* Your target will no longer constantly drop in heavily populated playfields.

* Bind when Equipped items properly display Character Bound as a subtitle when equipped.

* Inspecting a player that is out of range no longer causes the client to crash.

* It should be easier to climb ladders now.

* The sound played when you complete a mission goal has returned.

* Equipped items should not disappear from your character when attacking or sprinting.

* Audio will no longer become quieter when your character is knocked down.

* Clothes can no longer be previewed by opposite gender.

* Leaving a group will also leave that group’s chat channel.

* Objects no longer turn invisible when setting Tessellation to World Only and Ground and World.

* Fixed a few bugs in the patcher causing preferences to not always be saved.

* The client will not crash on exit anymore.

* You will now see a progress bar on the launcher when repairing broken data.

* Entering the Sheriff’s station in Kingsmouth no longer gives you a blank achievement.

* Players can no longer have the same name using capital letters in various locations.

* The rules for naming your character are now more thoroughly explained.

* Various tweaks made to The Ankh and The Darkness War. Hell Raised

* Recursia should no longer freeze and fail to summon adds.

* Cinematics should only play once for each player.

* Fixed some spell effects that were too large.

* Traumadriver should no longer aggro from a long distance.

* Recursia should now remain active if new players enter the fight and old players all die.

* Vortex should always be accessible in in the Machine Tyrant’s arena.

* Hell portals at the end of Hell Raised have had a visual upgrade. Hell Eternal

* Initial dialogue before the fight in Hell Eternal should now only play once.

* Prime Maker will now only generate hate towards players within the encounter area.

* Players should no longer be required to release to get rid of the Rez Jail.

* Nametags should no longer occasionally display under the playfield.

* Npc nametags will now show that they are locked to a certain player for kill credit.

* Using the X to close a telescope ui will now work.

* Online preferences should now correctly save your chat configuration, keybinds, and inventory/bag configuration.

* Items no longer remain visible in the GUI after been repaired.

* The scroll wheel now works on the petition browser.

* Cash is now displayed on loot bags for dungeon bosses.

* Split Item gui has been reworked to be more user-friendly.

* Fixed an issue where your Send Report button would keep popping up and appear to not work if you tried to complete a mission with a full inventory. You should now receive onscreen feedback as to why you cannot send the mission.

* Several updates to tooltips have been performed.

* Corrected an issue where the resurrection prompt would appear a second time as you resurrected.

* Buff icons will no longer overlap each other.

* Mission reward items will now stack with items received from other sources.

* You will now get a warning instead of a prompt to delete when dragging items to the gear management profile.

* Fixed an issue where inventory items would appear to disappear.

* Pressing ESC will now work to close several ui windows. The bound keys to toggle these windows open/closed will still work too.

* Weapon missions are now closer together in the tutorial training chambers.

* Players should now be able to pick up Story missions even if they have too many outstanding mission reports to send. Seoul

* The Committed – Players are now able to go back into the instance if they leave.

* Removed a monk that would sometimes cause players to crash.

City of the Sun God

* Corrected several missions which did not provide group credit. Please continue to inform us of issues with groups receiving credit for completing mission steps together!

* Data Retrieval – You are now able to pick up the mission again if you fail to complete it.

* Batteries not Included can now be completed.

* Sparked to Life – If you die inside the room, you will now resurrect at full life at the nearest anima well.

* Manifestation of Amir will no longer respawn instantly once summoned.

* Blood and Fire – The warrior spirit of Hemitneter no longer attacks friendly tortured villagers. Dawning of an Endless Night * The effect from using the Siren’s Song will now disappear when the buff is canceled.

* Approaching Old Joseph with the Dreamcatcher mission and tier 14 should no longer cause both cinematics to play at hte same time.

* The Guardian should always respawn if you leave the house in tier 8.

* It takes two to Tango – Timing on Tango’s respawn has been corrected.

* Jack Boone’s lips now move during the cinematic for For a Fistful of Zombies.

* Scrapyard Defense – Corrected some issues with this mission.

* Full Metal Golem – Placing the items in Edgar’s box should be easier now.

* Kingsmouth Code – Lighting in the Town Hall is brighter, making it easier to see the paintings.

* The Vision – Audio from Madame Roget’s phone calls will no longer play twice.

* The Tentacle Trail – Ungrouped players in the area will now receive credit for helping kill the Blodugr Lord.

* That’ll Leave a Mark – Map marker has been added for tier 1.

* Horror Show – Your equipped weapon will no longer disappear when you die on booby traps.

* The Uncorrupted – Removed collision in front of the boulder preventing mission completion.

* Sacred Protection – The relic remains in the inventory when the mission is resumed.

* The Windmill – Investigating the laptop now updates the mission.

* Might of the Land – The sacrificial victim will respawn when Litovoi respawns.

* Your character should no longer be invisible after using the zipline.

* Contagion – The mission can now be correctly completed by multiple people.

* Homeland Insecuriry – Using the binoculars twice quickly should no longer lock up your client.

* Echoes in Eternity – Sallowskin should no longer get stuck in water.

* The Orochi Group – Moved the scientists’ patrols to make it easier to enter the tent. The cinematic for being caught should only play once. A black screen should no longer display after being caught.

* Know Thy Enemy – Clicking on the tablet will now solve the mission goal.

* The League of Monster Slayers – Using /emote_spit now solves the goal and lets the player progress. Also, this step of the mission has been made more multiplayer friendly.

* Theme Park Tycoon – If you fail the zombie event, the zombies will always respawn.

* Wheel of Misfortune – The Bogeyman will respawn if you leave the instance while fighting him. Clicking the portal to leave should be easier now.

* Jack’s Back – Corrected an issue where Jack would patrol while underground if he was reset.

* A Reasonable Man – The flares should always kill all the zombies it has targeted. Zombies wil now visually jump off the cliff.

* Sightseeing – You will no longer retrigger the ambush while dead.

* The Player, Not the Piece – Slightly reduced mob difficulty for tier 2.

* Ami Legend – Slightly reduced difficulty of the swarms of npcs in tier 2, and increased time between waves of npcs. The mission should reset correctly if Ami dies during the escort mission.

* Players should always be able to resurrect at the closest anima well now.

* Sad Delight – The mission now updates correctly after interacting with the laptop.

* A Shadow Over Egypt – Arbeh’s Bane will now work correctly.

* Primum Non Nocere – Dr. Shirui and Experiment will no longer respawn in place and agro you while you are reading the mission. Tokyo

* Fixed some collision issues that could cause your character to get stuck.

* Entering Tokyo no longer wipes your inventory on entrance/exit.

* Mei Ling should not hang back away from the other two npcs.

* Corrected several abilities that were not functioning properly.

* Updated all abilities to ensure proper application of Hate.

* Charge and Dash will no longer be affected by Snares.

* Fixed several npcs in The Besieged Farmlands that were resetting at low health back to full health.

* Mobs pulled from range by a moving player will correctly locate and attack the player in their new location.

* When you oneshot an npc standing in a group, the rest of the group will attack you.

* NPCs now recover gracefully from being knocked back in the middle of a special spell cast, and will no longer evade due to this.

* Mission terminals in Fusang Projects are no longer inside walls.

* El Dorado now has all its relics present.

* Player faction that controls all relics at the end of 2 minutes now wins the match.

* Prices of clothing in London are now lower.

* Using a vendor for the first time should no longer produce a long client freeze of over 5 seconds.

* The ability to sort by icons has been removed.

* Items are now properly filtered when a player clicks the check boxes at the vendors.

* The Repair All button now repairs all the player’s damaged equipment.

* The Cold Storage instance in London no longer has pink lights.

* You should no longer get stuck when entering the House of Chalk in London. 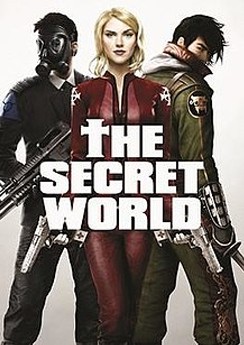 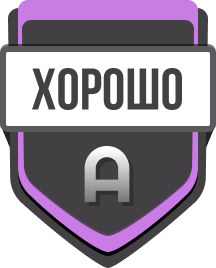 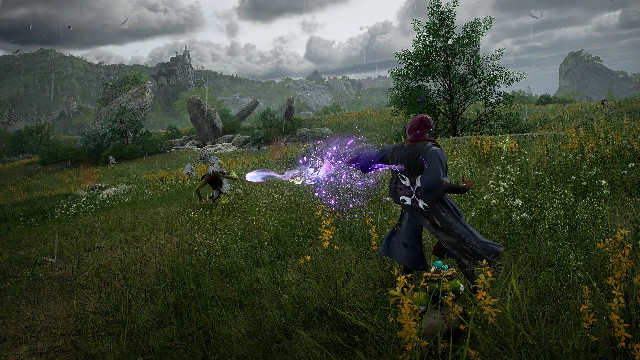 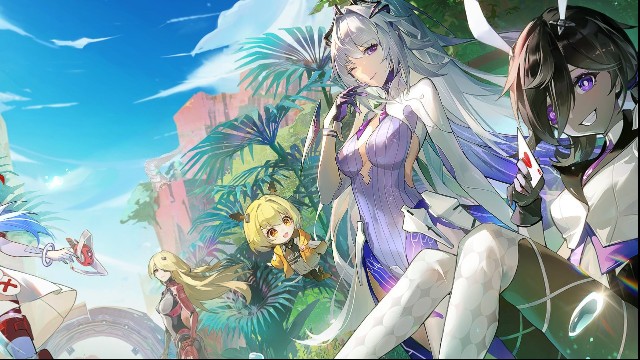 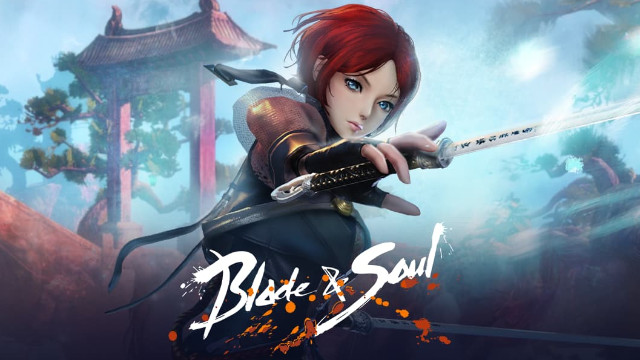 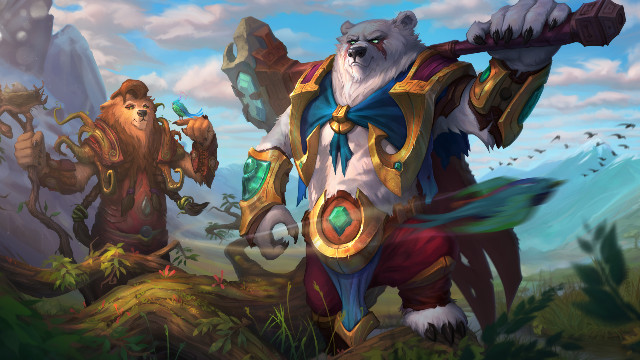 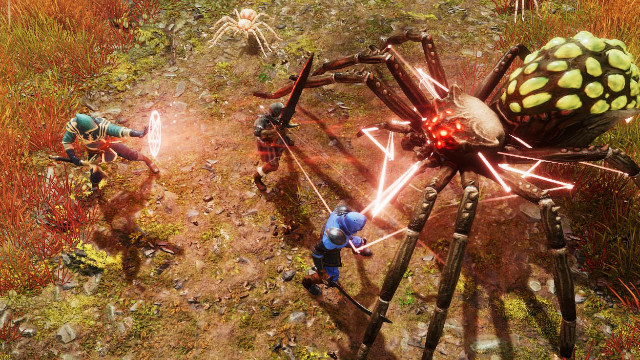 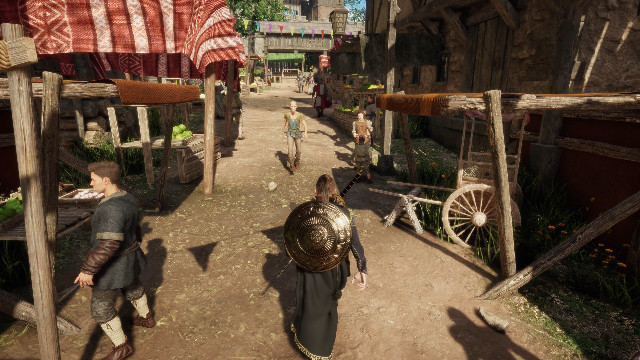 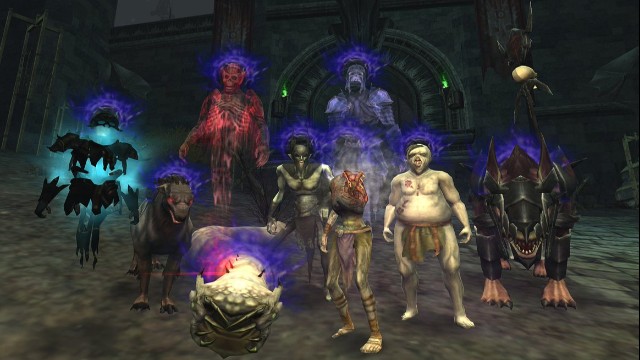 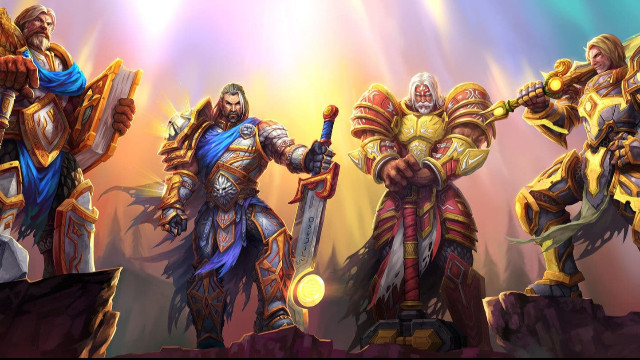 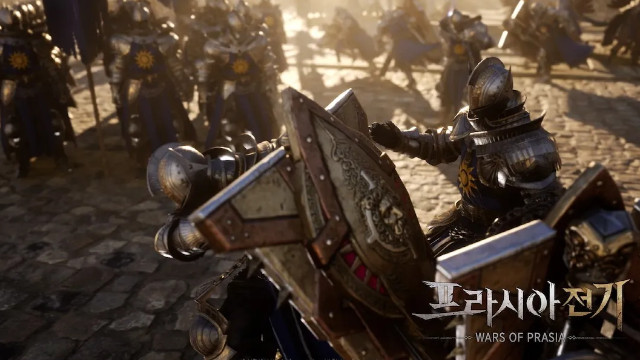